Ever since the middle of the last century, the international political race has seemed to increasingly take place above us. Today, space travel - despite being out of the picture for a while - has once again taken its place as a hot topic, now also in business circles. The new race for space has begun. This time not led by political superpowers, but by smaller, sometimes independent players, who do not hesitate to come up with major innovations.

That we will not be going into space any time soon with the Belgian government is beyond dispute, but that does not mean that our entrepreneurs cannot have an impact on this race. Belgium has a role to play, and it is up to us to get a piece of the increasingly important space story in a sustainable - and ethical - way.

Parallels with the past

There are fundamental differences between the Space Race and the historical period of exploration, but parallels can also be drawn. In both cases, it was the big players - countries and governments - who took the lead. Whereas during the voyages of discovery, it was mainly Western European countries that sought their fortune on other shores, the Space Race in the 20th century was led by two global superpowers: the United States and the then Soviet Union.

However, such control never remains with one or a few players. In the 16th century, wealthy families began investing in overseas discovery and trade. It was not long before the Vereenigde Oostindische Compagnie (VOC) was founded, the first multinational in our history. In today's story, too, we see how the traditional powers no longer have a monopoly: more and more small countries and self-employed people (so-called space billionaires) are investing big money in developing space programmes.

And that took a while. After a few successful experiments in space, the oil crisis struck. Space programmes were scaled down - it remains an extremely expensive sector - and the power of innovation disappeared. It was the drive of the entrepreneurs that ensured that the discussion surrounding space travel was once again given a boost and that concrete, pioneering progress was once again being made.

American newspapers in the 1960s, when the Western superpower was the first to plant their flag on the moon. Source: Shutterstock

The power of the billionaires

Although the space race is increasingly being put in the hands of those space billionaires, the political players must not be left out of consideration. Classical superpowers such as Russia, China and the United States are no longer the only countries that can have an impact outside our atmosphere. The French, Indian and Japanese space programmes also have so-called full launch capabilities, and countless other countries (including Israel, Iran and the United Arab Emirates) have made great strides in recent decades to become not-to-be-underestimated players in the race to space.

Countries that are not in a position to do so often find a way to contribute, be it in the form of specialised materials, knowledge or personnel. Luxembourg, for example, has resolved to become the capital of space mining. By hitching a ride on someone else's rockets, they want to use their expertise to build a permanent moon base.

What happens at the national level, however, cannot match the control that ultra-rich entrepreneurs exert over the space sector. Elon Musk and SpaceX are part of the daily news, and giants such as Jeff Bezos (Blue Origin) and Richard Branson (Virgin Galactic) are also competing for a seat at the table. Where large public organisations often work slowly and struggle to keep their heads above water financially, they can use their awesome capital - they are among the richest in the world - to force rapid progress. And once you have figured out how to reuse rockets, a floating space hotel won't be entirely inconceivable within a decade.

FalconOne of SpaceX's flagships, the Falcon 9 rocket, made its maiden flight in 2010. The company has managed to land the rocket for re-use, which greatly reduces the cost of space travel. Source: Pexels

It is good that entrepreneurs, and also more countries, are starting to take on their role in the space story. There is a strong evolution, and it is a logical next step in the development of mankind. Which does not mean that we should not be careful. When the story of discovery was taken over by profit-seeking entrepreneurs a few centuries ago, their selfishness quickly became more important than national prestige or the urge to discover. Certainly space - which is still relatively inaccessible - must not fall into the wrong hands.

But who is going to take it away from them? There is no regulatory framework as of yet, and it is extremely important that we do not lose sight of this. Such a regulatory framework will always follow after entrepreneurs, who look for holes in the system and thus bring about innovation, but that is why we must not lose sight of it. The same problem already arose with the grey zone of Uber and Deliveroo. The success of Airbnb also raised questions at first: being able to rent out empty spaces is in itself a good evolution, but if it can lead to extortion or dangerous situations that other companies do not have to deal with (because they do have a regulatory framework to adhere to), you get an unequal situation.

This ethical issue will be important, but it is not the only one we need to think about. If we want to become - as Elon Musk puts it in the mission statement of SpaceX - a space-faring, multi-planetary civilisation, we will not only have to get into space, but also survive there. We have to learn to deal with new circumstances: gravity will be different, but also our food will have to be grown in a different way. And how are we going to deal with radiation? There are countless aspects where innovation is necessary, and countless day-to-day challenges that Belgium can help tackle.

So far, the biggest aspect of this space race is still, of course, the technological one. Every little screw and metal plate has to be produced somewhere, and Belgian companies do not seem to be keeping their distance: more and more Belgian know-how, technology and innovation is being used in space programmes. As an example, Space Solutions Belgium cooperates with the European Space Agency (ESA) to guide start-ups in their further growth as suppliers of space technology.

But older companies are also contributing. Space Applications Services has decades of experience in robotics, and is now using that knowledge to commercialise the space story. The list of Belgian companies is endless: Asco Industries, Sabca, Safran Aero Boosters, Verhaert, the Leuven Septentrio, IMEC and Comate all have expertise in the space sector, and that's not even mentioning the Walloon companies. The fact is that Belgian companies are more than capable of bringing about radical innovation in the sector. 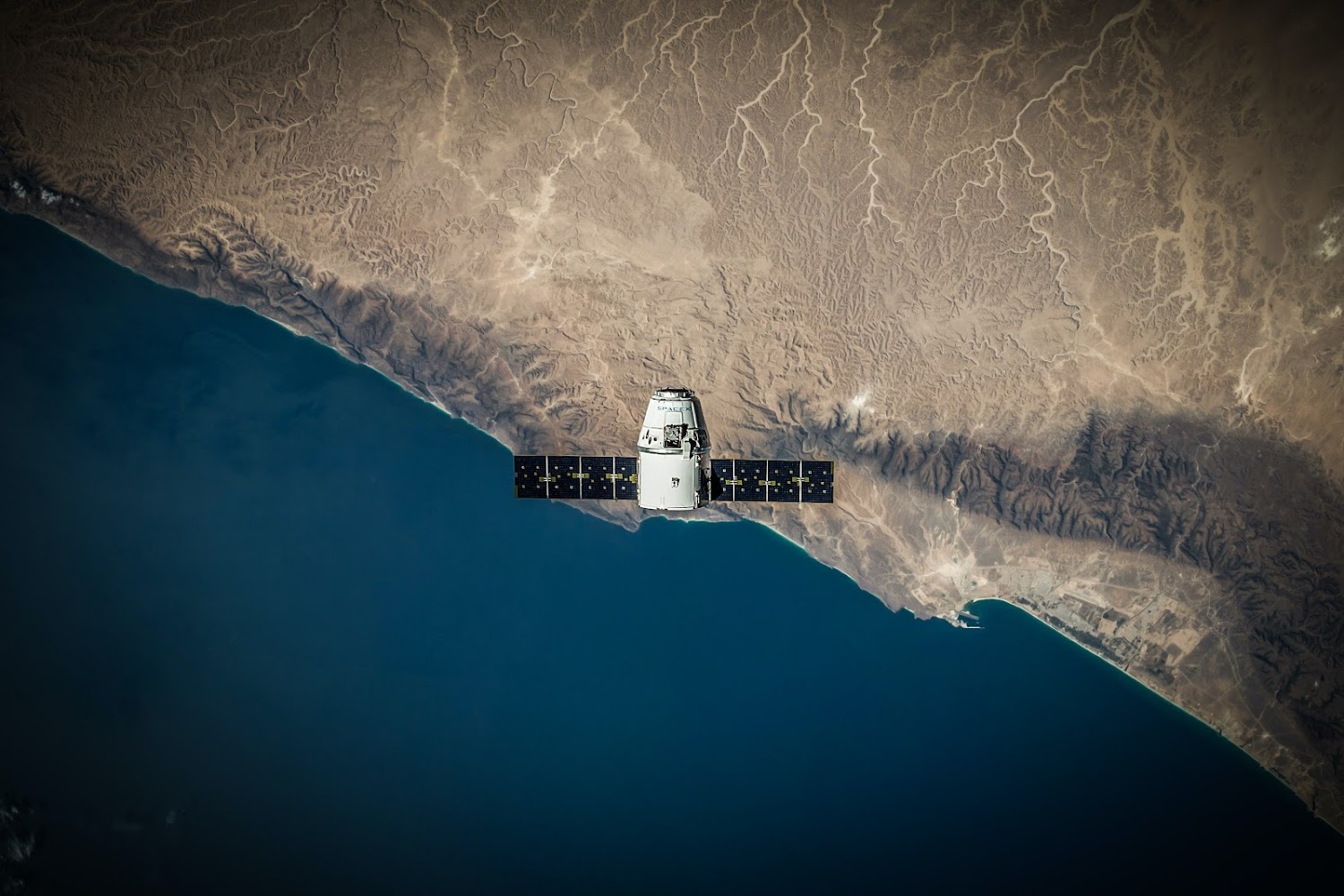 Whether we're talking about software or hardware, Belgian companies have a technological share in a large part of satellites both in and outside of our atmosphere. Source: Pexels

Besides the techn(olog)ical and ethical questions, the biological question will also play a role. Our food production will have to be optimised in order to operate at full speed in space - be it on a spaceship or on a lunar, Martian or asteroid base. Companies are already working on this, such as the Belgian baking giant Puratos, which is developing a way to make bread on Mars together with Urban Crop Solutions. Space scientist Angelique Van Ombergen wants to map out the psychological aspect. Within the European Space Agency (ESA), she is researching the impact of space travel on the body and the psyche.

So there are many challenges and many questions to ponder. Above all, let us think carefully about how we want to cope with this evolution. Throughout history, we have often left such things in the hands of the wealthiest, only to have to solve political crises with all sorts of treaties. Some of the problems we encountered during the voyages of discovery and subsequent colonisation will also surface here. We need to discuss the distribution of raw materials, the appropriation of territories and waste disposal. Because before you know it, we will again be sending thousands of tonnes of waste into space, only to have it bite us in the ass later on.

Nobody knows what we will encounter in our journey through space, but I am convinced of one thing: this is the moment when we have to take responsibility and think about how we are going to deal with it in the coming decades. The universe may be infinite, but we have underestimated our local impact often enough.